We were in Salt Lake City for the Outdoor Retailer trade show and the only departure flights we could get were on the Monday leaving us with the weekend to cook up some adventure.

Since the trade show is moving to Denver next year, this would probably be our last time in Utah, so we decided to make the most of it and see something we had not seen before.  Call us crazy but we left at midnight and made the 4.5 hour drive up through Idaho to the west entrance of Yellowstone National Park.

We arrived in time to get our bearings, and with some really good luck, we saw Old Faithful erupt at sunrise. No one likes to get up early, so there were only a few early birds there to get the spectacular view. 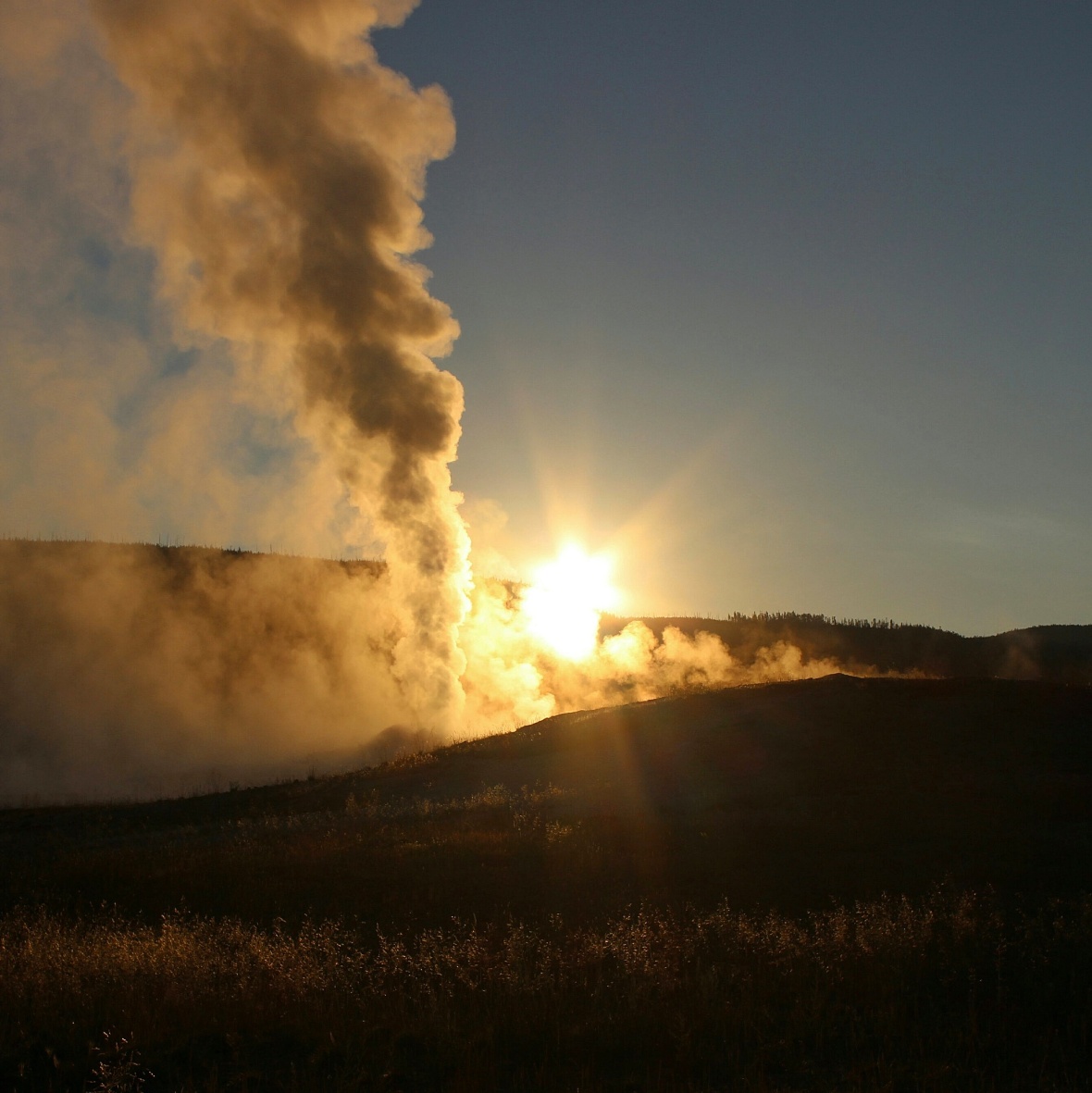 We then headed over to the Grand Prismatic Spring lookouts.  It was super foggy and grey so we could not see the expected colours, but how could we not love the ambiance that the fog created.

We decided to drive the loop around the park, while we waited for the fog to burn off, and to hopefully glimpse some wildlife. We saw ELK almost right away and we pulled over to watch. The fog, the early morning light, and Elk posing for us, took our breathe away. Such beautiful animals!

We continued on our way, and we were once again fortunate enough to spy on some bison.  They truly own this park and strut with confidence.. We even saw one roll around in the dirt, scratching his back with hooves in the air. 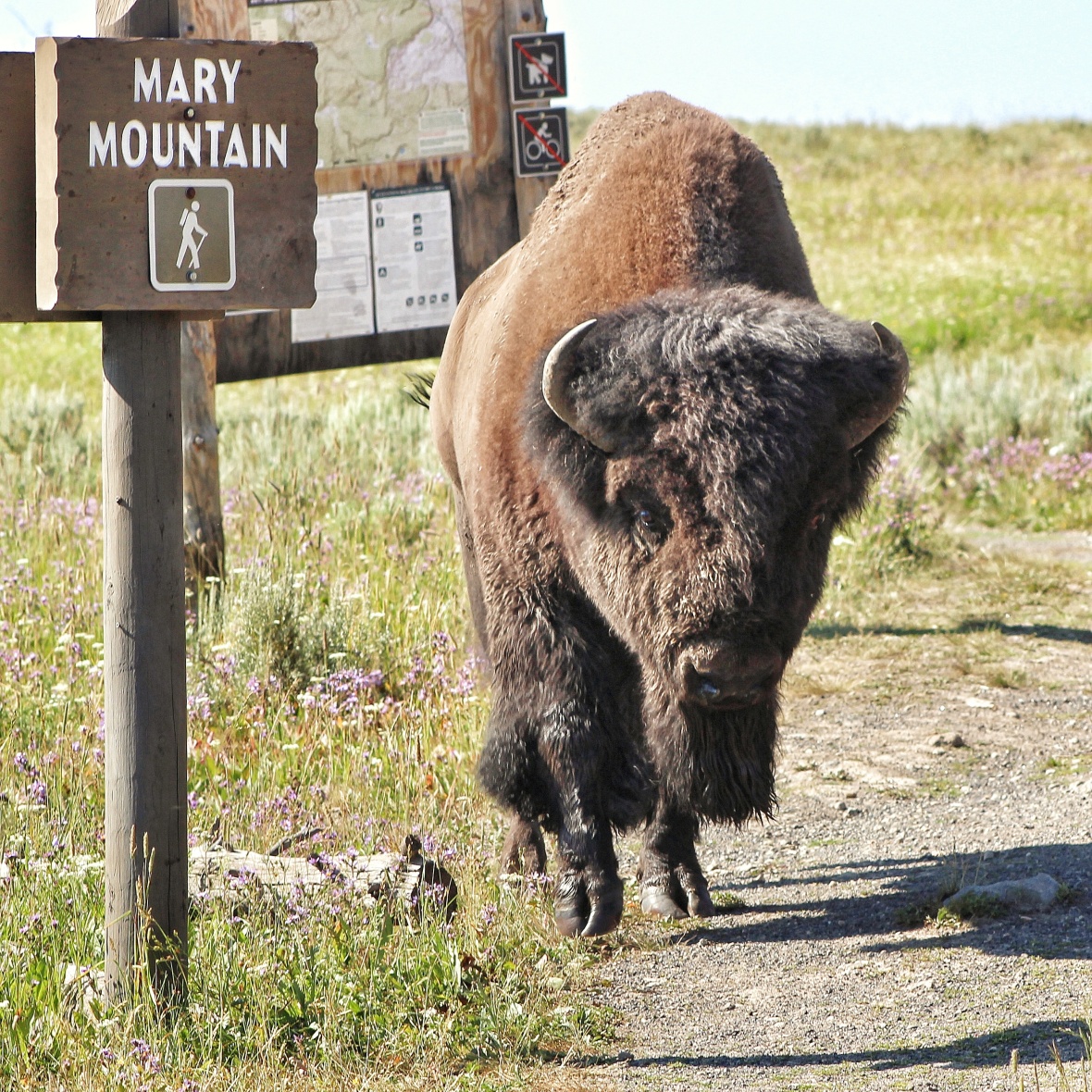 We spent a LOT of time watching Bison – There is something about watching animals in the wild instead of in a zoo that is so fascinating.

We finally decided to go back to the other side of the park and visit the Grand Prismatic Spring again. It was complete chaos by this time of the day, but we found a parking spot and made the short hike in to the boardwalk. Out of all the Natural Wonders of the world that we have seen so far, this may be my absolute favourite. The colours were vibrant and photos needed no filters.  If you can tune out all the tourists yelling in your ear, it was an awe-inspiring scene. 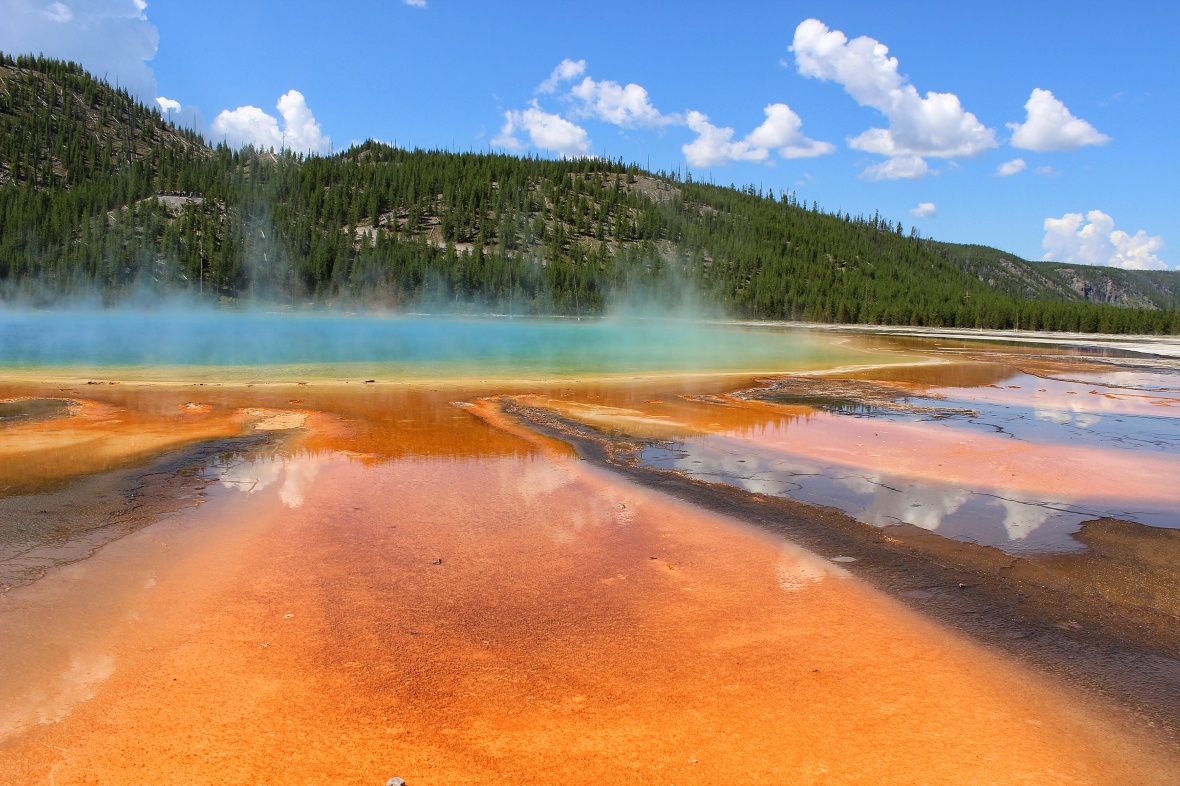 Before heading back to SLC, we made one last stop to OLD FAITHFUL to watch her erupt one more time. This time she had a bit more power behind her and you could really see the water geyser in the sky.

We definitely made a good decision to skip on sleep to see something that was on our USA Bucket List!

Now for the drive back to SLC through the Grand Tetons National Park.

2 thoughts on “Worth Driving Through the Night – Yellowstone National Park”