Kauai is a green island in more ways than one.

Mount Wai’ale’ale on the Island of Kauai is often referred to as the wettest spot on earth with rainfall 365 days of the year. The Island averages 400 inches of rain annually making it a jungle paradise.

As an island that is 97% uninhabited, means there is a lot of green to protect. The State Governor and the people who live their respect their space and are taking the necessary steps to protect it for future generations.

Contrary to Trump, Hawaii became the first state to adopt a law aligning with the Paris agreement to combat climate change.  They pledge to be carbon-neutral by 2045, the same year they expect to reach their goal of generating 100% of their electricity from clean, renewable sources.

Swimming with dolphins may be a popular tourist attraction but it is illegal under the Marine Mammal Protection Act (MMPA).  Watch them instead in an eco-friendly and sustainable way through tour groups as the dolphins rest and play in their own natural environment. While on a recent trip to Kauai, we went on a Na Pali Coast Tour and were unexpectedly delighted with a pod of spinner dolphins.

In 2011, Kauai banned plastic shopping bags. Rise Above Plastics is designed to eliminate the impacts of plastics in the marine environment by raising awareness about the dangers of plastic pollution and by advocating for a reduction of single-use plastics and the recycling of all plastics.

Hawaii became the first state to ban coral harming sunscreens and will come in to full effect in 2020. Hawaii.com lists the 15 sunscreens that are reef safe.

Hawaii takes steps to protect their endangered species. The Hawaiian monk seal is an endangered marine mammal that inhabits and is endemic to the Hawaiian Islands.  Despite decade’s long multi-disciplinary research and recovery tactics, the future survival of this species is still tenuous with only approximately 1,400 monk seals in and around the islands.

We had the privilege of not only a monk seal sighting on Poipu beach, but the added privilege of chatting with one of the dedicated volunteers. Volunteers help put up signs near monk seals lying on beaches to help protect them from disturbance, and educate beachgoers about monk seal natural history and responsible viewing of this endangered species. I was glad for my zoom lens to get a great close up view! 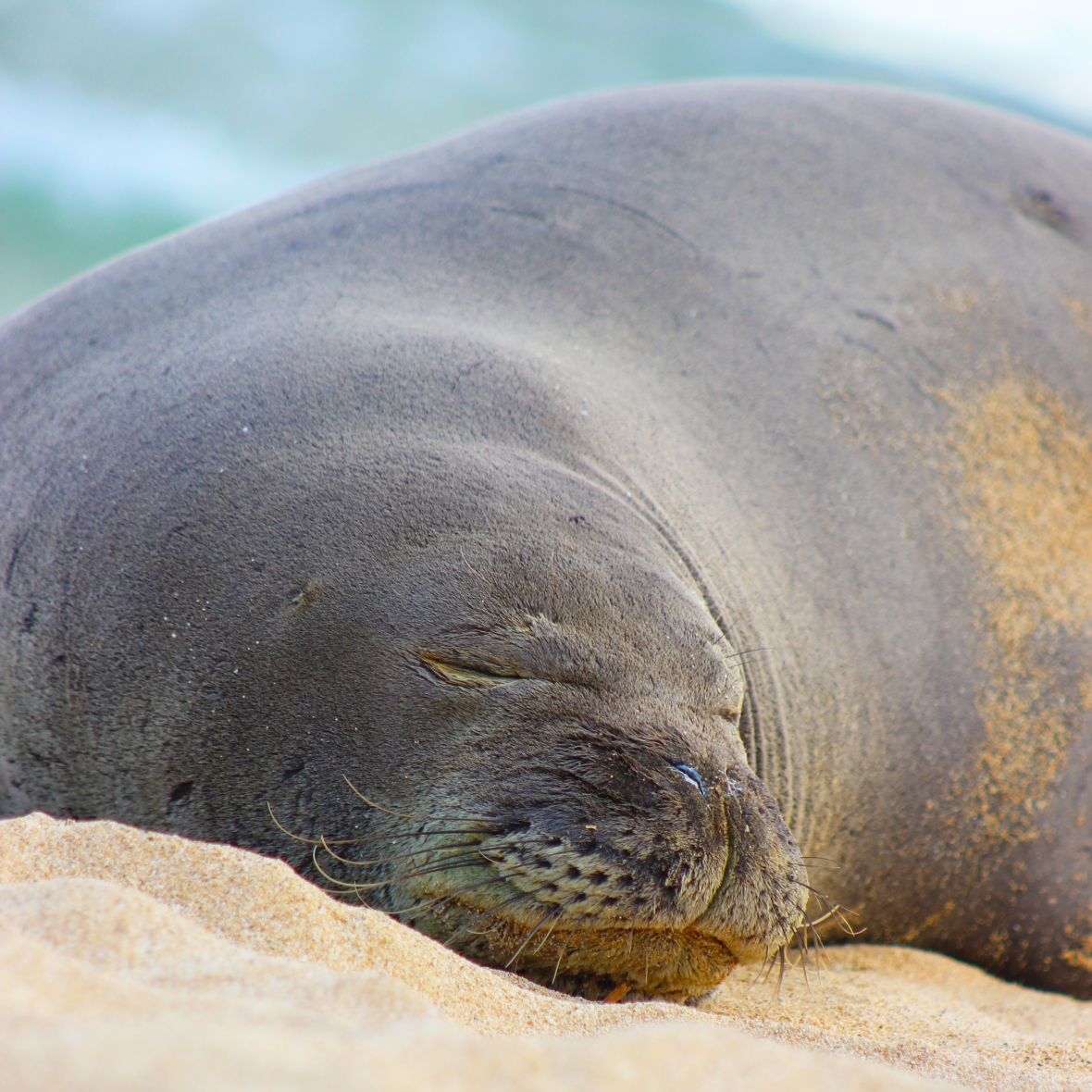 Not only is Kauai a beautiful vacation spot to visit, but you have to admire a State Governor and the people who live there for working hard to keep their environment safe for years to come.